Essay Published in Q:Ideas for the Common Good 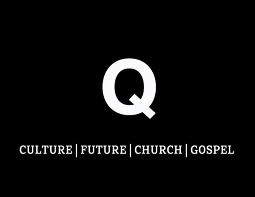 Q: Ideas for the Common Good has published my essay, "Evangelical Credibility and Religious Pluralism." I begin with a consideration of leading evangelicals in politics as illustrative of a broader program in regards to to the religions.  I then sketch other areas where evangelicals have a credibility problem in regards to the religions and pluralism, and then suggest a way forward. An excerpt from the piece:

If Christians are to overcome this credibility problem, they will have to address the reality of life and faith in the midst of religious diversity. Skye Jethani, Senior Editor of Leadership Journal, has said that if the culture is religiously diverse around us, but the church is not talking about what it means to be a Christian in this environment, then the church will continue to suffer as a result.

But how can this credibility gap be addressed? How can we move forward in ways that are faithful to our religious convictions? And can this be done in positive ways without compromise?

Laying Down the Scriptural Swords 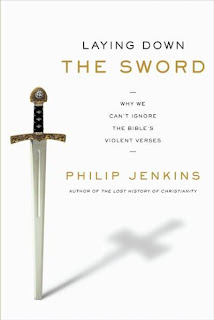 I have been a fan of the work of Philip Jenkins for some time now. Previously I enjoyed his work on a variety of topics, including new religious movements through his book Mystics and Messiahs: Cults and New Religions in American History (Oxford, 2000), and the changing face of Christianity in The New Faces of Christianity: Believing the Bible in the Global South (Oxford, 2008), and The Next Christendom: The Coming of Global Christianity (Oxford, 2011). Although I enjoyed another of his recent books, it was far more troublesome than his other materials for me. It is his book Laying Down the Sword: Why We Can't Ignore the Bible's Violent Verses (HarperOne, 2011).

In this volume Jenkins notes how Christians, particularly evangelicals, as well as other conservatives, are quick to point out the violent verses of the Qur'an that have been used by Muslims as scriptural justification for terrorism and violence. These too have been used as justification for violence in history as well as more recently, including a 1994 attack by a Jewish man against a mosque, and a 2011 attack by a self-described Christian in Norway. In both of these contemporary instances the victims were Muslims, and the perpetrators were Jewish and Christian respectively.

Jenkins asks the reader to consider how many times evangelicals will select "life verses" from the Bible, a particular text "that summarizes the teachings they want to keep before their minds." What if, he asks, a Christian stood up at a meeting and offered this as a life verse, Deuteronomy 7:1-2?:

When the Lord your God brings you into the land you are entering to possess and drives out before you many nations ... and when the Lord your God has delivered them over to you and you have defeated them, then you must destroy them totally. make no treaty with them, and show then no mercy.


Jenkins continues to note that most Christians would like fail to recognize that such passages exist in the Bible. He calls this "holy amnesia." But surely in our post-9/11 world where global tensions and the threat of violence remain high largely as a result of a clash of civilizations related to Christianity and Islam, the time has come for Christians to remember, not only to demonstrate concern about the violent passages in the Qur'an, but also also within our own tradition as we consider the proportionately higher number of violent and even genocidal passages in the biblical tradition. Before we attempt to pull the mote from the eye of our Muslim neighbors perhaps we should address the beam in our own eye.

How should the Christian respond to this phenomenon? Jenkins provides some thoughts, but in my view, particularly after recently reviewing the New Testament passages of Jesus' interactions with Gentiles and Samaritans, and thereby having a desire to follow the hermeneutic of Jesus in regards to Scripture in his day and his manner in engaging those of other religions, I suggest that we do as Jesus did in regards to Scripture. That is, we emphasize those passages and their accompanying ethic for praxis that commend loving God with all our hearts and our neighbors as ourselves, even while remembering that our scriptural tradition and history includes dark elements that we must wrestle with.

I have a few essays coming out shortly that will touch on some of these subjects in more depth. I will update this post and announce them here as they become available. This includes a piece at Qideas that discusses loving our religious neighbors, and an essay for The Interfaith Observer that addresses the messiness of our religious traditions and how we can overcome this problem.

Update: Related to this post is the essay "Dealing with Religion's Mesiness" in The Interfaith Observer.

Philip Jenkins on The Next Christendom

Bob Robinson and Jesus and the Religions