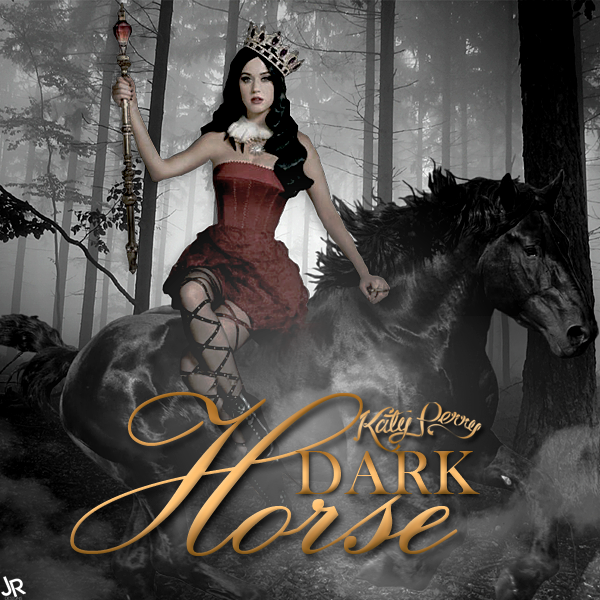 Update: One reader pointed out that the previous edition for this essay mistakenly attributed one of the sources to Christianity Today online in the US, but should have listed this as Christian Today in the UK. This post has been revised to correct the error.

At the recent Grammy Awards Katy Perry performed her song "Dark Horse" which has fueled a controversy in some circles. For them all hell has broken loose (literally). On Glenn Beck's radio program today he labeled the performance demonic, and a writer for Christian Today online agreed. Jennifer Jones' views are summed up in the title of her piece on the event: "Katy Perry Grammy Awards 'Dark Horse' performance had witchcraft and satanic symbolism; Show's singer's rejection of childhood Christian values." Jones' opening sentence reinforces the title as she describes Perry's performance that is said to have "shocked some fans as it displayed dark satanic imagery, including witchcraft and demons."

These interpretations were echoed in reactions shared in social media. Christian gospel singer Natalie Grant walked out of the performance and sent two tweets expressing her concerns. Even E! News raised the possibility of sinister activities with the tweet, "Um, did we just witness actual witchcraft during Katy Perry's #Grammys performance?"

Others characterized Perry's performance as a Satanic ritual. Thegailygrind.com makes this claim and references several tweets by those who share the viewpoint, including one that states "I'm like 99% sure Katy Perry just summoned satan during her performance."

For those who missed the performance Sunday night, or for those who want to revisit it for the purposes of discussion, in the video Perry begins singing inside a sphere reminiscent of a crystal ball. The stage is dark with trappings and symbolism familiar from horror films. As she performs the song dancers move about her dressed in dark costumes, some have horns, and broomsticks are featured as props. The performance ends as flames seemingly consume Perry, perhaps as a witch and reminiscent of witch burnings in times past.

But are the negative interpretations accurate? Was Perry incorporating the symbolism of witchcraft and satanism as real Pagans and esoteric practitioners understand and practice their spiritual pathways and philosophies? My answer is "No." Instead, this performance is better understood as drawing upon the concepts and symbols of witchcraft as expressed in horror films that have informed the collective cultural imagination (particularly the trope of the satanic witch said to be devoted to the service of the devil), and this is then combined with Judeo-Christian ideas about Satan and the demonic. This use of horror symbolism from popular occulture is not new. Recall the fears in previous decades when Alice Cooper, Ozzy Osbourne and other rock stars and groups were said to be drawing upon Satanism in order to spiritually enslave a generation of teenagers. (See my article "Devil's Music: Rock N' Roll, Heavy Metal, and the Danger of Satanic Panics" from Diabolique magazine on this issue.)

In light of the strong and negative reactions to Perry's performance several thoughts come to mind by way of critical reflection.

First, many Christians in America must grapple with religious illiteracy and privilege in regards to some forms of esotericism. Horror film symbolism appropriated by a musician for sensationalism, attention, and music sales is mistakenly assumed to be either witchcraft or satanic ritual, demonstrating that many Christians know little to nothing about witchcraft or satanism, and our fears of such things fuel our stereotypes even further. And even if this were the incorporation and expression of these, the assumption on the part of some conservative religious people is that this apparently has no legitimate place in popular culture. Suppose Perry were a witch or a satanist (in interviews she has expressed her spirituality in terms that sounds like the growing religiously-unaffiliated "Nones" from the Pew Survey), and incorporated that into a public performance. Is that out of bounds in American popular culture? Doesn't the support of religious freedoms for all mean that we must extend such opportunities to everyone, including those who practice and believe things Evangelicals find distasteful?

Second, satanic and demonic fear has a large footprint in American culture at the present time. From horror films on demonic pregnancies such as Devi's Due, to Bob Larson performing an exorcism via Skype, to an alleged possession of the Ammons family in Indiana described in ways that are reminiscent of The Amityville Horror, Americans have Satan on their minds. This is particularly the case for Evangelicals. In the opinion of Scott Poole, author of Satan in America: The Devil We Know (Rowman & Littlefield, 2009), the influence of Evangelical demonology has helped the country become "a kind of demonic echo chamber of rumor, panic, conspiracy theories, and deep cultural unease." Are we really witnessing an increase in demonic activity, as many Evangelicals may believe, or is there some other social and cultural dynamic going on that causes us to look to Satan and the demonic as a way of expressing our fears?

Third and finally, I fear that in relation to many Evangelicals, as J.B. Phillips put it in the title of his book, Your God Is Too Small. Conversely, our Devil is too big. When Evangelicals fear that demons are seemingly everywhere in popular culture I think we need a larger concept of God, a balanced understanding of principalities and powers, and a reminder that evil is already defeated through the work of Christ. He calls us to join him through sacrifice and service to others in the divine work of reconciliation. As N.T. Wright has summarized it:


"We celebrate the victory of Jesus Christ in a way which, by the power of its symbolic action, resonates out, into the city, into the country, into the world . . . that God is God, that Jesus is his visible image, and that this God has defeated the powers of evil that still enslave and crush human beings today."

Readers who want to explore some of these ideas in greater depth can do so at my other blog in these posts.

Metaphysical Media and a Typology of Media Portraits of the Witch

I wonder: how much do you think your relationship with people like myself and other Pagans gives you enough perspective to understand Ms. Perry's performance in the way you do? Is it simply a lack of perspective that leads others to understand it, and similar situations, differently?

I think my interpretation of Perry's performance is informed by several factors, including my reading on Paganism from Pagan sources (first hand sources of self-representation), my interactions and relationships with Pagans (resulting in a reduction of the tendency to see the "other" as evil and negative), and my personal theology and personality (where I am not threatened and enjoy such things).

I think the biggest challenge for Evangelicals comes by way of the need for theological reassesment of spiritual warfare and the demonic, and hostile or defensive faith identities, particularly in regards to certain religious "others" such as Pagans, Mormons, and Muslims.

Thanks for the opportunity to share some further thoughts.

Thanks for the correction, Clay. A revision and note has been made.