"You're Not a True Muslim:" The Challenge of Religious Understanding and Self-Representation

This clip is from a talk show with Anderson Cooper where he includes those on the reality show All-American Muslim from the TLC channel. This program follows the lives, joys, and struggles of various Muslim families in America.

One of the interesting facets of this clip is the reaction of a woman in the audience to the guests from the show, and their religion. Several thoughts come to mind that relate not only to American's wresting with Islam, but are equally applicable to other minority religions that are also viewed with suspicion.

First, although the Muslims in the television program define themselves in terms of their religious practices and beliefs, the woman in the audience presumes to know more about their religion, and its "true" representation than the adherents do. Allowing self-representation in religion is crucial.

Second, related to the thought above, there is a frequent problem in the Evangelical subculture about the understanding of a given religion as the only true and right way to understand that religion. Any other representation by adherents is held to be inauthentic and deceptive.

Third, from these it follows that we must recognize diversity in religious traditions, and that these traditions change, develop, and evolve over time. Religious adherents disagree among themselves about how to interpret their tradition, so it seems difficult for outsiders to adjudicate as to which expression within a diverse tradition is the only true one.

Fourth and finally, we must be willing to work through the difficult process of listening to the religious other, and then wresting with our preconceptions in a process of dialogue so as to come to grips with religious diversity and complexity in our religiously plural environment. All-American Muslim seems to be the best type of program to help us wrestle with difficult post-9/11 issues.
Posted by John W. Morehead at 4:29 PM 1 comment:


I watched this program a few days ago and was pleasantly surprised at its balanced presentation of post-9/11 concerns for Islamic terrorism in the U.S. and UK, balanced by the equally disturbing Islamophobia in the two countries. Such things make a strong case for the need for good religious dialogue programs, such as my work with the Foundation for Religious Diplomacy.
Posted by John W. Morehead at 10:21 AM No comments:

Notes for Church Planters from WIIS on Vimeo.

We have finalized the video Bonus Materials for the Transitions project. The first part has been uploaded to Vimeo, which includes thoughts on contextualized church planting in Mormon culture. The second installment will be uploaded next week and will include responses to significant issues for Mormons. Both videos will be part of the Transitions website Preview page.
Posted by John W. Morehead at 7:53 PM No comments: 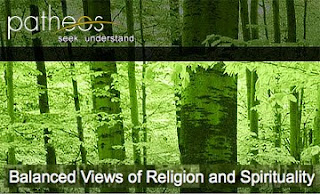 I contributed a couple of guest essays for various websites today. First was my piece "Mysticism, Paranormal, and the Super-Story," at the Patheos website on religion, which interacts with issues raised by Jeffrey Kripal's book Mutants & Mystics: Science Fiction, Superhero Comics, and the Paranormal (University of Chicago Press, 2011).

The second piece was a guest post on Phil Wyman's blog Square No More. The post is titled "Who are the Cultural Creatives, and Why Should Evangelicals Care?". The post looks at the significant subcultural movement called Cultural Creatives, a label taken from the book on the topic by Paul Ray and Sherry Ruth Anderson (Three Rivers Press, 2001). The people that comprise this movement are found at Transformation Festivals like Burning Man, and I suggest we have much to learn from them.
Posted by John W. Morehead at 6:38 PM No comments: