Patheos and the Future of Paganism 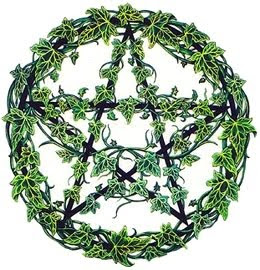 Patheos has a focus on The Future of Paganism that is wrapping up as the websites feature. Several articles are of interest to me, especially the following:

"Are Solitaries the Future of Paganism?" by Helen Berger

"Gods and Geeks in the Endless American Twilight" by Christopher Knowles

"Paganism in the News" by Sarah Pike

"Paganism and the Role of Interfaith Dialogue" by Gus diZerega

"Gods and Geeks," with its look at mythological heroes in comics and pop culture will be the focus of an upcoming post at TheoFantastique. "Paganism and the Role of Interfaith Dialogue" mentions the dialogical work of myself and some of my colleagues with the Pagan community.
Posted by John W. Morehead at 8:50 AM No comments:

Franklin Graham recently made controversial statements concerning Islam that are the focus of much discussion on the Internet and in the media. The controversy arises in large measure because of the inaccuracies in Graham's portrayal of the religion. In the video clip above you can hear Stephen Prothero's response to Graham's characterization of Islam. (See my previous interview with Prothero on religious illiteracy here.)

In a related story, the media is now reporting on the Dove World Outreach Center in Florida that is planning to burn as many copies of the Qu'ran as it can find on September 11, which the church has dubbed "International Burn a Koran Day," even though the city has denied them the appropriate permit for a fire. A review of the church's website reveals a penchant for inflammatory confrontation with Islam through the phrase "Islam is of the Devil," which can be found in Pastor Terry Jones' book title, a sign in front of the church, and t-shirts with the slogan that the church is making available to others who want to support their efforts.

These episodes demonstrate at least two things. First, we need more reflexivity in the failures of those in our own religious community historically who have not lived up to the teachings of Jesus. For a sobering reminder of some of our shortcomings see Gary Laderman's recent opinion piece in Religion Dispatches, "Dangerous Religion."

Second, Evangelicals still have a long way to go in their understanding and portrayal of other religions, particularly Islam. The events of 9/11 had a traumatic effect on the national conscience, and that these events were connected to Islam makes it easy to understand how sensitivities could be heightened in regards to Islamic religion, but the misunderstanding, misrepresentation, and grotesque confrontation with Islam through the burning of its scriptures merely exacerbates negative perceptions of Christianity in the United States (not to mention the Muslim world), and further deepens our problems in the public square.
Posted by John W. Morehead at 6:38 PM 1 comment:

Patheos on The Future of Mormonism 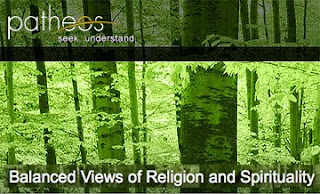 Patheos has a great series of articles on "The Future of Mormonism":


The Colorful LDS Future
The Future of Mormons on the Internet
Mormonism in the Academy
The Future of "Mormon Fundamentalism"
Mormon Democrats at a Crossroads
Europe and Mormon Growth
Mormon-Evangelical Dialogue: Changing for the Better
The Future of Mormon Motherhood
Mormonism in the New Century
The Next Generation of Mormon Feminism
Partnering with Our Friends from Other Faiths
Mormon Publishing, the Internet, and the Democratization of Information
The Church's Reputation: Progress, Challenges, and Opportunity
Mormons and the Bible in the 21st Century
The Challenges of (Non-existent?) Mormon Theology
Mormon Publishing: Four Trends to Watch
Mormon Studies: Catching the New Wave
The Future of Mormon Missionary Work
A World Religion (Eventually)
Posted by John W. Morehead at 8:24 PM No comments:

Inter-Disciplinary.net: Magic and the Supernatural

I recently found a great network that includes a series of fascinating conferences and research topics. The network is Inter-Disciplinary.net, and following is an upcoming conference:

Bewitched. I Dream of Jeannie. The Exorcist. Charmed. Buffy. Dr. Who. Dracula. Dark Shadows. Twilight and The Twilight Zone. Sookie Stackhouse and Bill Compton. Dresden Files. Harry Potter. The fascination and appeal of magic and supernatural entities pervades societies and cultures. The continuing appeal of these characters is a testimony to how they shape our daydreams and our nightmares, as well as how we yearn for something that is “more” or “beyond” what we can see-touch-taste-feel. Children still avoid stepping on cracks, lovers pluck petals from a daisy, cards are dealt and tea leaves read.

A belief in magic as a means of influencing the world seems to have been common in all cultures. Some of these beliefs crossed over into nascent religions, influencing rites and religious celebrations. Over time, religiously-based supernatural events (”miracles”) acquired their own flavour, separating themselves from standard magic. Some modern religions such as the Neopaganisms embrace connections to magic, while others retain only echoes of their distant origins.

This inter-disciplinary and multi-disciplinary project seeks to examine issues surrounding the role and use of magic in a wide variety of societies and cultures over the course of human history. People with access to magic or knowledge of the supernatural will also be examined.

Papers, presentations, reports and workshops are invited on issues on or broadly related to any of the following themes:

~ Magic as “paranormal,” anything alleged to exist that is not explainable by any present laws of science
~ the distinctions between “magic” and “religion” and “science”
~ Magical thinking and the equation of coincidence with causality
~ Folk magic and “traditional” systems of magic
~ “Magick” and “Wicca” as religious systems in modern society
~ Witchcraft in the European context
~ “Witchcraft” and animism in African or Asian contexts
~ Magic as illusion, stagecraft, sleight-of-hand
~ Magic in modern literature (ex. Harry Potter, Harry Dresden, the saga of Middle Earth, the Chronicles of Narnia, etc.) and in traditional literatures (folk or fairy tales, legends, mythologies, etc.)
~ Magic in art and the depiction of magical creatures, practices or practitioners
~ the associations of magic with the “monstrous” or “evil;” does one imply the presence of the other?
~ the portrayal of magic, magical creatures, and magical practices or practitioners on television and in film
~ the roles or uses of magic in video games, on-line communities, role-playing games, subcultural formations and identities
~ the similarities and differences of magical creatures across societies and time periods
~ the interplay of “magic” and “religion” as well as “science”
~ the “sciences” of demonology and angelology
~ the role of divination or prophecy in societies or religions
~ the use of “natural” vs. “supernatural” explanations for world events
~ Magic and the supernatural as coping mechanisms for individuals and societies

Please use plain text (Times Roman 12) and abstain from using footnotes and any special formatting, characters or emphasis (such as bold, italics or underline). We acknowledge receipt and answer to all paper proposals submitted. If you do not receive a reply from us in a week you should assume we did not receive your proposal; it might be lost in cyberspace! We suggest, then, to look for an alternative electronic route or resend.

You can learn more about the conference and submission information here.
Posted by John W. Morehead at 7:36 PM No comments: