Interview with Bob Robinson at Patheos 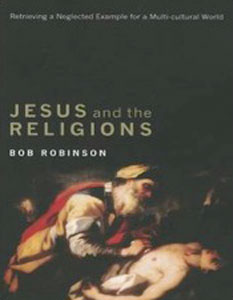 My interview with Bob Robinson is now up at the Evangelical Channel at Patheos. My thanks to Bob and Timothy Diarymple at Patheos for this.

How Would Jesus Interact with a Muslim? An Interview with Bob Robinson In Jesus' time, relations between Samaritans and Jews were uncannily parallel to that between Muslims and Christians now.

Bob Robinson is Senior Lecturer in Theology at Laidlaw College in Christchurch, New Zealand. He is also a charter member of the Evangelical Chapter of the Foundation for Religions Diplomacy. He is the author of Christians Meeting Hindus (2004), and the new volume Jesus and the Religions. He and I had the following discussion of the ideas surrounding his new book.

An excerpt from the interview:

If Evangelicals will pause for a moment of critical self-reflection, how does some of the way of Jesus in interreligious encounter provide a rebuke for contemporary Christians?

In my experience, Evangelicals often or even usually react to the presence of other religions with either indifference or suspicion and anxiety; or fear, denigration, and triumphalistic confrontation. Liberals typically react with romanticized naïveté or even guilt—and I'm opposed to those attitudes too! But when Jesus meets the "aliens" of his day—Gentiles and Samaritans—he engages them with love, sympathy, help, and even appreciation at times. In our Christian denominations we greatly resent it when we're subject to misrepresentation by other churches. Well, Muslims feel the same about many of our attitudes to them.

Posted by John W. Morehead at 3:43 PM No comments: 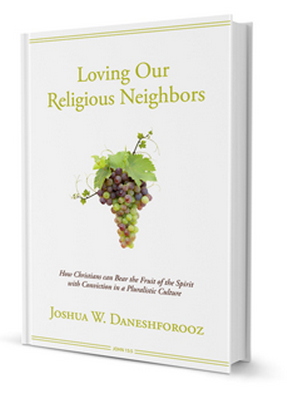 Joshua Daneshforooz is one of the board members for the Evangelical Chapter of the Foundation for Religious Diplomacy. He is finalizing the text for the leader's guide and participant workbook for the Loving Our Religious Neighbors program. Josh describes the material by saying "Loving Our Religious Neighbors will equip you with the biblical foundation and practical skills to faithfully and respectfully build relationships with people from different faiths through the fruit of the Spirit." This will be a major educational component for our chapter in both college and university campuses, as well as local churches. Visit the website for more information.
Posted by John W. Morehead at 1:42 PM No comments: 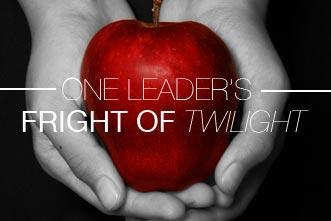 In years past Evangelicals expressed fears about Harry Potter, alleging that the widespread interest in the literary and cinematic phenomenon opened the doors to Witchcraft and Paganism among children, youth, and adults alike. With Harry Potter now in the past, a new boogeyman has arisen.

The new threat comes in the form of vampires and the occult. This is the opinion of Mark Driscoll in his blog post titled "A Father's Fright of Twilight." The byline reads "Twilight is for teenage girls what porn is to teenage boys: sick, twisted, evil, dangerous, deceptive, and popular." Driscoll is an Evangelical and the founding pastor of Mars Hill church. This is something of a mismatch in that the name of the church is taken from the Apostle Paul's sermon at the Areopagus in Athens in Acts 17, and while Paul's message represents a great lesson in a Christian cross-cultural understanding and communication, Driscoll's latest blog post on Twilight is, by contrast, an example of poor theology and cultural interaction.

In his blog post, Driscoll connects the books and films to teenage acts of self-destruction, vampirism, and the occult. He writes:

"I have ranted on this garbage-tastic phenomenon before, and find the whole genre profoundly troubling. The popularity of supernatural soap operas has inspired some real-life demonic trends. Overreaction? Tell that to the kids biting, cutting, drinking blood – sometimes while having sex – and sinking deeper into the occult."


Driscoll then includes quotes from various sources with teens who describe their interest in cutting and blood drinking, as well as the "growing vampire subculture" as documentation and confirmation of his concerns. For Driscoll, this is all "entirely pagan," and opens the door to "demonic deception." He then concludes with his hopes by way of response that includes a biblical reference:

As a pastor and a father, I am particularly concerned for Christian parents who are naively allowing this filth into their children’s lives, buying these books and driving kids to see these movies. To such parents, “It is my prayer that your love may abound more and more, with knowledge and all discernment...


While I appreciate the concerns that a father and pastor has for children,  his congregation, and the broader Christian community, the irony for me is that Driscoll's analysis does not include the knowledge and discernment he wants to see in others. In fact, he exemplifies some of the worst sensationalism and alarmism that Evangelicals are unfortunately known for when it comes to minority religions such as paganism, social identities like vampires, and popular culture.

How is this the case? First, Driscoll has confused the literary and cinematic expressions of the horror vampire with real-world vampirism. The two are very different. One derives from folklore and horror, and in the case of Twilight, from teen paranormal romance, and the other is a social identity found in the real world. This is not to say that there may not be overlaps at times in certain cases, but Evangelicals all too readily make the worst kinds of assumptions and connections that many times aren't there.

Second, Driscoll draws a cause and effect relationship between reading books or watching films related to paranormal fantasy vampires and teens who cut themselves and identify in some way with blood letting and consumption. This relationship is assumed, not proven, and none of the sources he quotes in the post demonstrate what he thinks he is proving.

Third, Driscoll does not understand the vampire subculture he finds so objectionable. He paints a picture of sexual deviancy and blood drinking, likely without any attempt at engaging the diversity of self-identified vampires, or good resources on the subject like the Atlanta Vampire Alliance or Joseph Laycock's fine book Vampires Today: The Truth About Modern Vampirism (Praeger, 2009). The result is a case of continued ignorance, misrepresentation, and bearing false witness about our neighbors.

Fourth, Driscoll connects all of this to paganism and the occult. Where is his evidence of this? He provides no evidence that contemporary pagans are somehow connected to the Twilight phenomenon, or that those who identify with esotericism are conspiring to consume the blood of young innocents. In the absence of evidence Driscoll argues by sheer assertion, and unfortunately perpetuates the ignorance and fears of the Western esoteric tradition, usually known by the more pejorative term "the occult" among Evangelicals, and associates it with forms of cultural deviancy such as blood drinking and sexual perversion. Not only is this inaccurate, but Driscoll might recall that the earliest Christians were also viewed with suspicion as the members of a Jewish cult who were said to engage in sexual deviancy, while also eating their founder's flesh and drinking his blood. Just as those in first century Palestine passed along the worst rumors and allegations about the Christian sect, so too has Driscoll, now a member of Christianity that has shifted from the margins to a position of power, passes along rumors about other minority groups.

As an aside, perhaps Driscoll is unaware that the author of the Twilight series is a Mormon, and that the film incorporates aspects of the author's religious ethics, such as sexual chastity before marriage. (See my past review on the initial film in the series for more on this topic.) Why would a member of a religious group that values families write a series of books that allegedly incorporates "the occult" and leads to blood drinking? Regardless of such considerations, it is unlikely that such reflections would factor into a reappraisal of the Twilight material since Mormons remain high on the list of "dangerous cult groups" for many Evangelicals.

Remember at this juncture that Driscoll wants Evangelical parents to respond with knowledge and discernment. But the unfortunate end result of his problematic pop cultural and theological analysis is that Driscoll ends up passing along misinformation, perpetuating fears, and modeling poor cultural engagement for Christian parents, their children, and Evangelicals in congregations who take him as a credible voice on such matters. In addition, by focusing on staying away from or stamping out such pseudo-issues we waste valuable time and energy that could be spent on very real and important matters such as identifying with the poor and marginalized, world hunger, and religiously-fueled violence.

For those interested in a more fair, balanced, and sophisticated understanding of these topics I recommend the resources linked to above in the AVA and Laycock on vampires, the book Beyond the Burning Times: A Pagan and Christian in Dialogue by Philip Johnson and Gus diZerega (Lion, 2008) for an example of a more helpful and responsible interaction between Christianity and paganism, and my chapter in The Undead and Theology (Pickwick, 2012) for an example of an informed and balanced theological interaction with horror in popular culture.
Posted by John W. Morehead at 2:47 PM 6 comments: 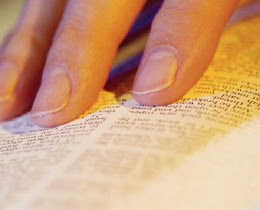 My latest essay for the Evangelical Channel of Patheos is now available. It is titled A Biblical Foundation for Interreligious Engagement: Christological hermeneutics, the way of Jesus, love for neighbor, and the art of hospitality. The essay calls into question the popular texts cited by many Evangelicals as the appropriate foundation for interreligious engagement, and then suggests another set of texts and related beliefs and practices as the better way forward. An excerpt from the introduction:

Posted by John W. Morehead at 1:42 PM No comments: