Stephen H. Webb: Heavenly Flesh and the Metaphysics of Matter 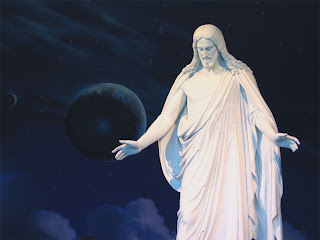 For a few months now I have been working to solicit and collect essays for a special issue of Sacred Tribes Journal (hopefully for publication in the summer of 2011) that will focus on neglected issues of dialogue between Latter-day Saints and traditional Christians. This has been a slow process as those I have contacted are very busy, but a few expressions of interest, and even a submission, have trickled in. One individual who has expressed an interest is Stephen H. Webb.Webb did his PhD at the University of Chicago, and he teaches in religion and philosophy at Wabash College. If the Wikipedia entry on him is accurate, he has shifted along various Protestant backgrounds before finding a home in Roman Catholicism a few years ago.

Webb has written on various topics, including Mormonism, where he came across Robert Millet and Gerald McDermott's dialogue book Claiming Christ, found the interaction and subject matter intriguing, and wrote a piece for Reviews in Religion and Theology. This review brought him to the attention of Mormon bloggers:

In my interactions with Webb he has let me know that he has written a book that has been accepted for publication by Oxford University Press. It is Jesus Christ, Eternal God: Heavenly Flesh and the Metaphysics of Matter, where he argues that traditional Christians can learn from Mormonism regarding the notion of divine embodiment. Indeed, he goes so far as to argue for a traditional Christian notion of God's materiality, and that orthodox Christian theology needs to reflect further on this topic. Here is the official description of the book:

If modern physics teaches us that matter is more mysterious than people used to think, could the spiritual be more material than theologians ever imagined? This book conceptualizes matter and spirit not as opposites or even contraries but as the very stuff of the eternal Jesus Christ. The result is a Christian materialism based on a new metaphysical interpretation of the incarnation. Webb provides an audacious revision of some of the deepest layers of Christian common sense with the goal of constructing a more metaphysically sound orthodoxy. Taking matter as a perfection (or predicate) of the divine requires a rethinking of the immateriality of God, the doctrine of creation out of nothing, the Chalcedonian formula of the person of Christ, and the analogical nature of religious language. It also requires a careful reconsideration of Augustine’s appropriation of the Neo-Platonic understanding of divine incorporeality as well as Origen’s rejection of anthropomorphism. Webb locates his position in contrast to evolutionary theories of emergent materialism and the popular idea that the world is God’s body. He draws on a little known theological position known as the “heavenly flesh” Christology, investigates the many misunderstandings of its origins and its relation to the Monophysite movement, and supplements it with retrievals of Duns Scotus, Caspar Scwenckfeld and Eastern Orthodox reflections on the transfiguration. Also included are discussions of classical figures like Barth and Aquinas as well as more recent theological proposals from Bruce McCormack, David Hart, and Colin Gunton. Perhaps most provocatively, the book argues that Mormonism provides the most challenging, urgent, and potentially rewarding source for metaphysical renewal today.

Webb is going to try to submit an essay that draws upon the thesis of his book, and may interact with John Bracht's book Man of Holiness (Sacred Tribes Press, 2010) discussed here previously. Frank Beckwith at Baylor University has agreed to write something for the journal as well, either interacting with Webb's essay or reviewing his book.

I hope to bring additional contributors into the mix on this special issue of the journal, and I hope that traditional Christians and Latter-day Saints will find the subject matter worthwhile for reflection and ongoing dialogue.
Posted by John W. Morehead at 4:31 PM 4 comments:

By Common Consent Review of New Davies Book on Mormonism 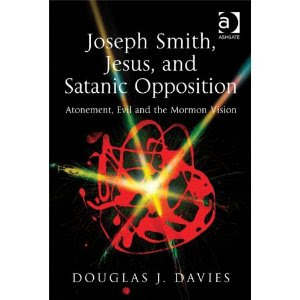 The latest academic exploration of Mormonism by Douglas Davies is now available in the form of Joseph Smith, Jesus, and Satanic Opposition: Atonement, Evil and the Mormon Vision. (Ashgate, 2010). I am awaiting my review copy for Sacred Tribes Journal, but in the meantime there is an interesting review by a Latter-day Saint at the By Common Consent blog. I would draw attention to the reviewer's discussion in Davies in regards to LDS binitarianism (in contrast with evangelical foci on polytheism or henotheism), the significance of apostasy to LDS theology and ecclesiology (a factor in dialogue that serves as a reminder that while evangelical reluctance to call Mormons Christian bothers them, the significance of evangelical apostasy from their perspective is equally troubling to us), and an emphasis on folk theology (often ignored or neglected in evangelical approaches).
Posted by John W. Morehead at 4:55 PM No comments: