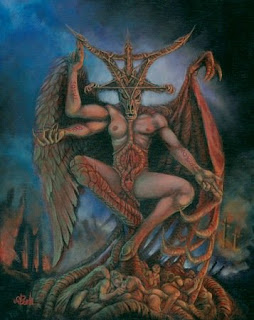 Satanism is a subject that has always drawn a lot of media attention as well as interest from the general public. Scholarly studies of the subject, however, have more often focused on socially constructed "Satanic Panics" than on Satanism as a religious alternative in itself. Recently, this has begun to change, and anthologies such as Contemporary Religious Satanism (Ed. Jesper A Petersen, Ashgate, 2009) have started to fill the gaps in scholarly knowledge concerning Satanism. A further attempt to remedy the situation was made when the first ever international scholarly conference on Satanism was organized in Trondheim, Norway, in 2009. The conference was a great success, and resulted in an anthology that will be published by Oxford University Press later this year. In September 2011, we welcome you to Stockholm, Sweden for the follow-up to 2009's gathering of specialists.

Deadline for abstracts: May 22, 2011.
Submit your abstract to: per.faxneld@rel.su.se and
kennet.granholm@rel.su.se
(remember to submit abstracts to both organisers).

Papers dealing with most aspects of Satanism are welcome (including Satanism in literature, cinema, etc). However, we discourage papers treating "the Satanic panic", "Satanic ritual abuse", etc, as these themes have received sufficient scholarly attention. Conference fee will be announced later.