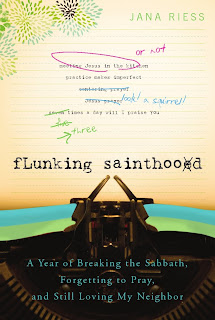 As an outgrowth of my recent guest appearance on a panel at the Mormon Matters podcast, Jana Riess invited me to write a guest post at her blog Flunking Sainthood. You can find the post titled "Are Younger Evangelicals More Respectful of Mormonism Than the Old Guard?". If you're an evangelical, please reserve judgment until you read the piece before rejecting it simply by the title. Here's my introductory paragraph:

In his book The Younger Evangelicals: Facing the Challenges of the New World (Baker, 2002), the late Robert E. Webber discussed the diversity of Protestant evangelicalism, and developments in this subculture’s religious landscape. He defined “younger evangelicals” to include anyone “who deals thoughtfully with the shift from 20th- to 21st-century culture.” These shifts involve different attitudes to theology, culture, and other religions. I include myself in this demographic (perhaps more by like-mindedness than age), and offer my thoughts on what this involves for evangelicals engaging Mormon culture.

Read more: http://blog.beliefnet.com/flunkingsainthood/2011/06/are-younger-evangelicals-more-respectful-of-mormonism-than-the-old-guard.html#ixzz1QaGqdolW
Posted by John W. Morehead at 9:11 AM No comments: 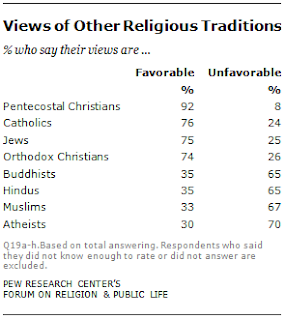 The Pew Form on Religion and Public Life has an interesting report out titled "Global Survey of Evangelical Protestant Leaders." One section addresses this group's opinion of religious conflict and other religions:

Conflict between religious groups, by contrast, does not loom as a particularly large concern for most of the evangelical leaders surveyed. A majority says that conflict between religious groups is either a small problem (41%) or not a problem at all (14%) in their countries – though a sizeable minority considers it either a moderately big problem (27%) or a very big problem (17%). Those who live in the Middle East and North Africa are especially inclined to see inter-religious conflict as a moderately big (37%) or very big problem (35%). Nine-in-ten evangelical leaders (90%) who live in Muslim-majority countries say the influence of Islam is a major threat, compared with 41% of leaders who live elsewhere.

On the whole, the evangelical Protestant leaders express favorable opinions of adherents of other faiths in the Judeo-Christian tradition, including Judaism, Catholicism and Eastern Orthodox Christianity. But of those who express an opinion, solid majorities express unfavorable views of Buddhists (65%), Hindus (65%), Muslims (67%) and atheists (70%). Interestingly, the leaders who live in Muslim-majority countries generally are more positive in their assessments of Muslims than are the evangelical leaders overall. 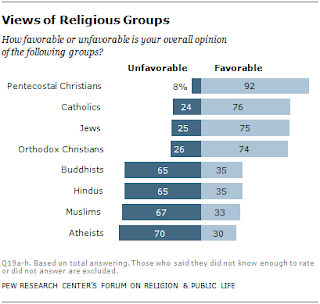 Overall, most of the evangelical leaders report that conflict between religious groups is not a big problem in their home countries. Leaders in the Middle East and North Africa are most likely to say religious conflict is a moderately big (37%) or very big (35%) problem. About half of those in the Asia-Pacific region (55%) and sub-Saharan Africa (49%) also see inter-religious conflict as a moderately or very big problem. By contrast, in North America, Latin America and Europe, majorities say it is either a small problem or not a problem at all.

Still, the survey finds some signs of tension with non-Christian religions, particularly Islam. Nearly seven-in-ten of the evangelical leaders (69%) name Islam as more prone to violence than other religions.7 Far more leaders say Islam and Christianity are “very different” (69%) than say the two faiths have “a lot in common” (25%). And a solid majority of the leaders who express an opinion (69%) feel that Muslims are generally unfriendly toward evangelicals in their country. Sizeable minorities also see Hindus (41%) and Buddhists (39%) as unfriendly toward evangelicals. Of the evangelical leaders who express opinions on other religious groups, most say they hold generally unfavorable views of Hindus (65%), Buddhists (65%) and Muslims (67%). 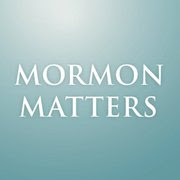 Yesterday I was asked to be a guest as an evangelical on the Mormon Matters podcast. I will be appearing and discussing a variety of issues with host Dan Wotherspoon, and fellow guests Joanna Brooks, and Jana Reiss. We will be recording our conversation this coming Monday, June 13.

The discussion will surround an article by Warren Smith in Patheos which argued that evangelicals should not vote for Mitt Romney since a vote for him is, in his words, "a vote for the LDS Church."

Update: A written introduction and the podcast, "Why Are Mormons Seen as 'Dangerous by Some Evangelical Christians," can be read and listened to here at Mormon Matters.

In addition, Jana Riess has written an article in follow up to our conversation titled "When Theological Disagreement Spills Over into Anti-Mormonism" at her blog Flunking Sainthood.
Posted by John W. Morehead at 8:19 AM 3 comments: