Chapter on Matrixism in Forthcoming Handbook of Hyper-Real Spiritualities 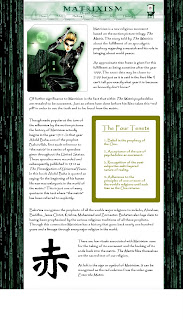 I recently heard from Adam Possamai, editor of the Handbook of Hyper-Real Spiritualities (Brill, forthcoming), that my essay on Matrixism was accepted. It is titled “'A world without rules and controls, without borders or boundaries': Matrixism, New Mythologies, and Symbolic Pilgrimages." I am privileged to be a part of a number of top-notch contributors on new and minority religions, and hyper-real spiritualities, those religions that draw upon aspects of popular culture for metaphorical inspiration. Other topics include chapters on things like Jediism, vampirism, Heaven's Gate, Satanism, Otherkin, and the Raelian Movement.

A summary of my essay in this volume:
In this essay I draw upon the proposal of Irving Hexham and Karla Poewe regarding the significance of myth in understanding new religions, coupled with the work of other scholars who suggest that science fiction is an especially significant source of mythic inspiration for our time. Then I consider how science fiction mythic narratives provide new religions like Matrixism with the imaginative tools necessary to engage in practices similar to more traditional religions. By drawing upon Jennifer Porter’s exploration of fan participation at Star Trek conventions as a form of pilgrimage in fulfillment of an embodied ideal, combined with the thesis of Roger Aden on participation in imaginative narratives of alternative worlds that allow adherents to transcend and critique the habitus of daily life as well as grand narratives of culture, I suggest that the symbolic pilgrimage of Matrixism parallels pilgrimage as found in more traditional religions, yet also differs in that they take place primarily in the realm of the sacred imagination.
Posted by John W. Morehead at 4:32 PM No comments: 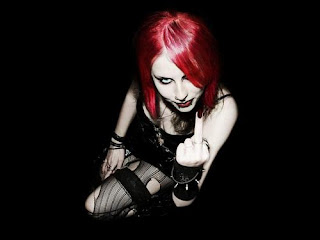 Recently the news media reported on the October 11 disappearance of 16-year-old Shelby Ellis from Georgia, with allegations that Ellis had been abducted by an "underground vampire cult" given Her interest in the Goth movement and having visited a website with a URL that alarmed her parents. One article I read recently even went so far as to offer commentary on just how dangerous such groups are. The problem is, no such groups exist, and this media narrative was shaped by the residual effects of anti-cult stereotypes, misrepresentations of the vampire community, and the legacy of satanic panics. Beyond this, on Nov. 4 Ellis was found alive and well in Washington state.

In response to this the Atlanta Vampire Alliance issued the following statement to help correct such unfortunate media misundersandings and misrepresentations:

The Atlanta Vampire Alliance [AVA] would like to express its disappointment with the news media, both national and local, in their decision to run sensationalized headlines about the very sober and serious situation of a teenaged runaway. We urge the news media to resist the temptation of sensationalism, and employ maturity and sensitivity rather than hysteria. There is categorically no such thing as "underground vampire cults," and employing the flawed language of hysteria at best shows a lack of respect for the facts, and at worst succumbs to flights of fancy which could serve to distract an ongoing search for a missing person.

We would also like to take this opportunity to point this coverage out as "teachable moment" in media hysteria. The insistence on using the term "vampire cult" is at once prejudiced, irresponsible, and poorly-informed; it relies on a series of common folk beliefs about "cults" which have been thoroughly and repeatedly debunked by experts. They have no place in serious social dialogue of any kind, much less in a discussion about a teenager who has run away from home.

The suggestion that such "cults" exist, and are indicated by their choices of music, clothing, or non-Christian symbols, is directly related to a cultural prejudice commonly known as "Satanic Panic." Satanic Panic is an urban legend which plays on religiously-generated fears of other peoples' religions and cultures to create an imaginary narrative of "cults" which practice criminal behavior in a pseudo-religious context. No such "cults" have ever existed, and the myth of the "cults" has been repeatedly debunked; but the prejudice created by the myth still harms innocent people today.

The discredited "satanic panic" narrative stereotypes a wide range of normal behavior as potentially dangerous. These normal behaviors include choices of clothing and music, the ordinary symbols of valid non-Christian religions, and even what novels one might read. Fear of these ordinary activities has led historically to censorship and the abuse of individuals wrongly accused of being "in cults," and feeds a vicious prejudice based solely on fear.

We would also like to note that the vampirefreaks.com social networking site is not a vampire-oriented website, and is not considered a participating entity in the online vampire community. Confusing the vampirefreaks.com social networking site with vampire folklore, fiction, or the vampire community is a mistake based apparently on the site's URL. The vampirefreaks.com site, apparently in an attempt at stylishness, calls their interest-based user communities "cults." This should not be confused with any "cults," real or actual, of course. Perhaps this is where the "cult" terminology started getting tossed about the press, but if that's the case, the usage appears to be entirely facetious.