At the Crossroads, Again: Mormon & Methodist Encounters in the 19th and 21st Centuries 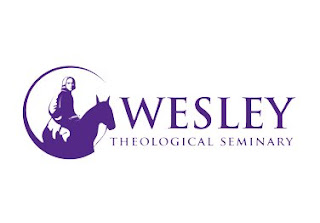 The Foundation for Religious Diplomacy is very pleased to announce the second conference hosted by the Mormon Chapter on February 24-5 in Washington DC. The event will be hosted by Wesley Theological Seminary and will be entitled "At the Crossroads, Again: Mormon & Methodist Encounters in the 19th and 21st Centuries." The conference is designed to bring practitioners and scholars from both traditions into a conversation to build understanding, trust, and friendship. Attached you will find the conference announcement with further details. Wehope your schedule allows you to attend.

Links to the 2010 Mormon Engagement with the World Religions Conference

We are also pleased to note that February 2012 will be a banner month for outstanding conferences on Mormonism on the East Coast as more than a few of our FRD Mormon chapter colleagues will be participating in a Columbia University event on Mormonism and politics in early February (http://ircpl.org/2011/event/mormonism-conference). Jana Riess is among the organizers and will be sending more information soon.
Posted by John W. Morehead at 11:22 AM No comments: Description
December 21 2012 is believed to mark the end of the thirteenth B'ak'tun cycle in the Long Count of the Mayan calendar. A growing number of people believe this date to mark the end of the world or, at the very least, the end of the world as we know it: a shift to a new form of global consciousness. 2012: Decoding the Countercultural Apocalypse brings together for the first time a range of scholarly analyses on the 2012 phenomena grounded in various disciplines including religious studies, anthropology, Mayan studies, cultural studies and the social sciences.

2012: Decoding the Countercultural Apocalypse will show readers how much of the 2012 phenomenon is based on the historical record, and how much is contemporary fiction. It will reveal to readers the landscape of the modern apocalyptic imagination, the economics of the spiritual marketplace, the commodification of countercultural values, and the cult of celebrity. This collection brings much-needed academic rigour and documentation to a subject of rapidly increasing interest to diverse religious and other communities in these crucial closing years before we experience what will be either a profound leap in the human story or, less dramatically, just another mark in time.

Email ThisBlogThis!Share to TwitterShare to FacebookShare to Pinterest
Labels: 2012, apocalypse 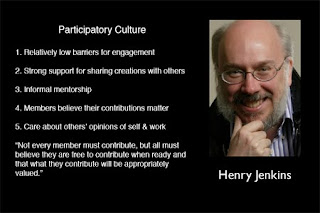 The more I participate in and study various aspects of contemporary American and Western culture the more I recognize that the church is ill prepared to participate in relevant ways. We need to be asking ourselves why the church is still largely a passive culture, whereas the rest of the society in which we find ourselves is now a participatory culture.

This has dawned on me the more I study things like Burning Man Festival, science fiction festivals, and even with the recent viewing of a documentary on George Lucas which referenced thousands of fan films that wanted to make their contribution to the universe and mythology of Star Wars. Think of YouTube pages, blogging, Twitter, personally created playlists on iTunes, and any number of other technologies we draw upon every day. People want to be active participants in the creation of what matters most to them. Yet church worship services involve coming to a building at a time designated by others, standing when you are told to stand, sitting when you are told to sit, singing songs (and in the styles and forms) chosen by others, and hearing a message crafted by others and then being told what to think about it and how to act on it in your own life.

The church in the 21st century American and Western contexts must be thinking about what it means to reconfigure ecclesiology in participatory culture. Where is this on the agenda of the emerging and missional church movements?
Posted by John W. Morehead at 10:05 AM 1 comment: