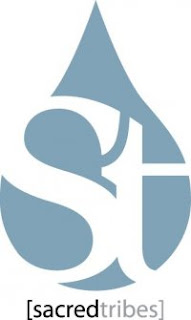 "A Thesis Nailed to the Regensburg Door: Some Questions About Stephen Webb's Challenge to the Great Tradition" - Francis J. Beckwith

"God is Somebody to Love" - Charles Randall Paul

"Christ's Atonement and the Gospel of Reconciliation: A Discussion of Relational Implications for Evangelicals and Latter-day Saints" - Melody J. Wachsmuth

Find the issue here.
Posted by John W. Morehead at 7:53 PM No comments:

Interview with Joseph Gelfer on 2012: Decoding the Countercultural Apocalypse 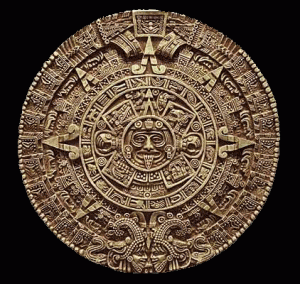 A new interview has been posted with Joseph Gelfer, editor of the new book 2012: Decoding the Countercultural Apocalypse, at Sacred Tribes Journal: http://www.sacredtribesjournal.org/stj/

Following is an excerpt.

Sacred Tribes Journal: Thank you for your willingness to discuss the book. It is a good read, and obviously, a timely one this year. What was your personal interest in 2012 as an alleged doomsday period in Mayan prophecy that led you to pull together this collection of scholars to explore the subject?

Joseph Gelfer: I first came to 2012 after reading Daniel Pinchbeck’s book “Breaking Open the Head” in which the author documents his psychedelically-inspired awakening to a world beyond his previously rationalist and journalistic mindset. I looked Pinchbeck up on the Internet, exchanged a few emails and began to partake in conversations with him and other readers on his discussion forum. References to 2012 can be seen in the earliest threads on the forum, in which Pinchbeck highlights the 2012 predictions of (amongst others) José Argüelles and Terence McKenna. This was all before I was engaged in academic research. At the time I was also doing a bit of writing for what could be described as “new age” magazines: 2012 surfaced in a couple of those articles, and even resulted in a picture of me appearing in a 13 moon synchronometer, which is a device used to map Argüelles’ Dreamspell calendar onto our Gregorian calendar. After I began my PhD exploring masculine spirituality, I remained interested in 2012, but began to view it via a more analytical lens. It was about this time that Robert Sitler published his article “The 2012 Phenomenon: New Age Appropriation of an Ancient Mayan Calendar,” which catalyzed thinking about 2012 in the scholarly domain as not only a subject for Mayanists, but also one for cultural and religious studies. Then something odd happened. I was living at the time in New Zealand’s South Island, and discovered that Argüelles had also moved from the US to the other side of the island, so I began to speculate about the role that Australasia might play as the 2012 narrative unfolded, and developed a research agenda around this speculation. Shortly after, I moved to Victoria in Australia, and discovered that Argüelles had made a similar move. Of course, this is a handy coincidence, but when I eventually met Argüelles in Mexico a couple of years later and told him this story, he saw it as a string of synchronicities that were “meant” to happen. Who am I to argue?