Burning Man at odds with the academy? 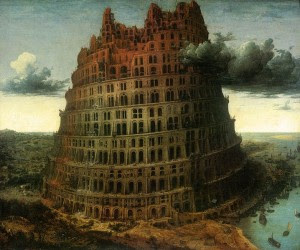 I'm a Burning Man academic, listed on the festival's official website. I state that at the outset so that readers understand my perspective and bias. Consider what follows accordingly.

The Burning Man blog recently featured an essay titled "Burning Man should treat 'Academia' the way it does 'Commercialization.'"  The essay written by someone with the playa name Caveat Magister, who states in various places throughout the essay:


"I’ve reluctantly concluded that academia per see is very, very, bad for Burning Man – and that we’d be better off if Burners engage in a campaign of civil disobedience against it."

"But while any given piece of individual research is likely harmless, the project of academia itself is kryptonite to the spirit of Burning Man."

"Above all, we must not let academia define our culture on its terms.  We should be willing, and eager, to confuse, befuddle, and overwhelm the academic attempt to define Burning Man at every stage …  from strenuously  critiquing published accounts to refusing to respect data-gathering processes … and under no circumstances take academic studies too seriously."

If I understand the author's argument, it seems as if the methods of the academy are seen as being at odds with the freedoms of Burning Man and its principles, and in addition the definitions of the scholars may be seen as impositions on the self-definitions of participants themselves. I understand the author's concerns, but as I stated in my MA thesis on the festival, while festival organizers and participants resist fixed definitions, surely some type of understandings can be gleaned by careful observation and reflection. This may at times pose a conflict between the academy and participants, but it need not be. Indeed, they could be complimentary.

Not only does the author's argument seem difficult to sustain, it would seem to fly in the face of the libertarian ideals of Burning Man. The festival is comprised of thousands of differing and at times conflicting interpretations. Why not allow the various academics to have their interpretations, and if participants or organizers disagree with it, so what? And how does this perspective relate to the Burning Man ideal of radical inclusion? It would seem that a diversity of opinions and interpretations are allowed so long as they don't run counter to those of certain segments of the festival population, and if this is correct then how is this not to be construed as anything other than a form of orthodoxy and boundary maintenance, some of the very things Burning Man is reacting against in the default world?

Burners might also consider that a "no academics allowed" perspective on the festival stifles in-depth reflection on the variety of meanings of what the event means to individuals, to event organizers, as well as to American and Western cultures in which it is situated. Not only that, it cuts off a venue for critique. In one example of how this might be problematic, one of the challenges Burning Man faces as a counter-cultural movement is the difficulty of maintaining the tension necessary for a counter-culture in relation to mainstream culture. Some of the academic analysis of Burning Man might help identify areas where the organization/movement might consider in critical self-reflection as it navigates its way forward. Cut off academic critique and its only the insiders who can provide this content, and surely insider-only perspectives have their biases in need of a helpful corrective.

Burning Man has extended and invitation to academics to explore their festival and I hope this continues. To oppose this with the threat of civil disobedience is wrong-headed in my view, and problematic.
Posted by John W. Morehead at 4:15 PM