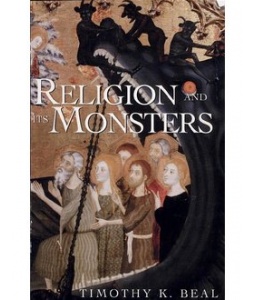 My latest essay is now available at Patheos, a co-authored piece with Paul Louis Metzger titled "From Religious Threats and Tricks to Treats: A Halloween Homily on Faith Identity Construction." The essay looks at the problem of Evangelical faith identity frequently by way of the creation of "monstrous others" in various religions. From the piece:

What are some examples of the “religious other” monster that we often create? The examples we have in mind do not crave human blood, rise from the grave to consume human flesh, or require a jolt of electricity to return to life as they do in literature and cinema, but they are still threatening, lurking about in the dark shadows of our imaginations.  In years past Evangelicals held to a strong sense of anti-Catholicism, the vestiges of which are still with us. In more recent times our monstrous religious others have been Mormons, Pagans, and Wiccans, and since 9/11 the Muslim community.

Posted by John W. Morehead at 2:09 PM No comments: 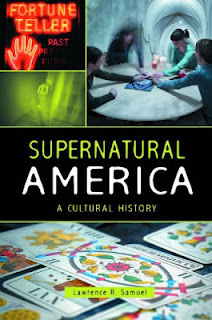 My review of Supernatural America: A Cultural History (Praeger, 2011) by Lawrence R. Samuel will be published soon in the Journal of the Fantastic in the Arts. I have uploaded the review on my Academia.edu page.
Posted by John W. Morehead at 12:09 PM No comments:

Email ThisBlogThis!Share to TwitterShare to FacebookShare to Pinterest
Labels: paranormal 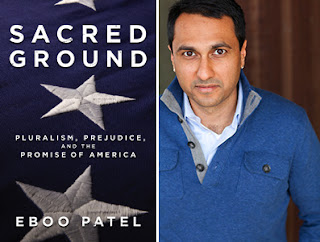 My latest essay has been published at the Evangelical Channel of Patheos, a combined book review of Brian McLaren's book on Christian faith identities, and Eboo Patel's Sacred Ground: Pluralism, Prejudice, and the Promise of America (Beacon, 2012). That review can be read here. My more extensive review of McLaren's volume can be read here.

In addition, Nicholas Price, board member for the Evangelical FRD chapter, recently wrote a good essay on Evangelicals and peacemaking through interfaith work that included a mention of me. You can read Nick's essay at RELEVANT.

There will be a free screening of the new FRD documentary Unresolvable? The Kingdom of God on Earth next Tuesday night, October 30, at 7:30 p.m. on the campus of Utah Valley University at the Library. There will be a panel that includes FRD Chapter Custodians, including myself, who share their thoughts on the film.
Posted by John W. Morehead at 11:11 AM No comments: 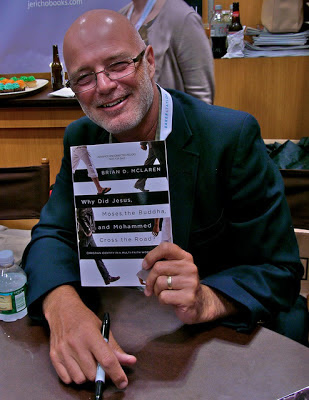 My review of Brian McLaren's book Why Did Jesus, Moses, the Buddha, and Mohammed Cross the Road?: Christian Identity in a Multi-Faith World (Jericho Books, 2012) is now available online at The Englewood Review of Books. (A shorter review combined with my review of Eboo Patel's book Sacred Ground: Pluralism, Prejudice and the Promise of America will be published later at the Evangelical Channel at Patheos.) My thanks goes to Brian and Jericho for making a review copy of this book available and for the opportunity to begin a conversation over its ideas, and to Chris Smith at Englewood for the publishing and allowing me an extended word limit to engage the subject matter.

The review brings my background in theology, missiology, and dialogue to bear on the subject matter. This involves a summary of McLaren's thesis on hope for a reformulation of Christian faith identity related to other religions, and an interaction with the major elements of the book including evangelicalism and critical self-reflection, Christological hermeneutics, pnuematological considerations, liturgy and Christ's resurrection, missions and the commonwealth of God, competitive superiority and religious supremacy, and a new way forward for Evangelicals.

Here is a sample from the review that I hope will stimulate conversation in the Evangelical community:


Why Did Jesus, Moses, the Buddha, and Mohammed Cross the Road? purposefully draws upon the fact that the title sounds like the introduction to familiar jokes. But McLaren uses this a rhetorical strategy in order to provide a thought provoking discussion related to his agenda for the church’s reformulation of various areas of theology and praxis. The subject matter should not be understood as a treatise on interreligious dialogue, but instead as addressing pre-dialogue considerations. The central thesis McLaren advances relates to what he labels “Conflicted Religious Identity Syndrome,” which he defines as a part of the Christian’s faith identity that involves the extension of hostility or opposition to the other as enemy in regards to those in other religions (19). He expands on this idea with these words:

McLaren hopes that Christians will consider a change of their identity, moving away from the extension of hostility to one that is ”strongly benevolent toward people of other faiths, accepting them not in spite of the religion they love, but with the religion they love” (emphasis in original) (32).

The Fall 2012 issue of Evangelical Interfaith Dialogue journal is now available online. It is a special format which takes a dialogical approach as it looks at Evangelical-Mormon interactions. I have a contribution by way of a review of Richard Mouw's book Talking with Mormons: An Invitation to Evangelicals (Eerdmans, 2012). The format and length limitations precluded more than a cursory suggestion of critical comments, but opens the door for further discussion among Evangelicals as an option beyond apologetic and uncritical dialogical approaches.
Posted by John W. Morehead at 8:27 PM No comments: